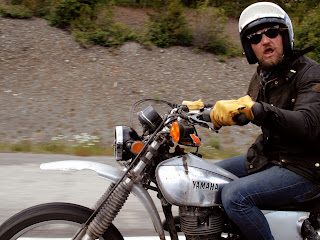 thomas is a maniac.....period!
every 15 seconds thomas would inspect some aspect of his XT while riding as fast as possible. 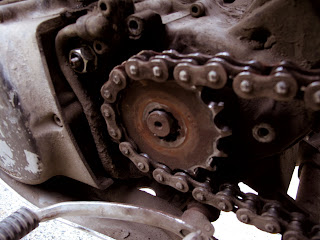 near the end of the trip, just outside hope my sprocket fell up and mashed up my drive bolt real bad. The Goth was nice enough to go back for my nut, he saw it fly off my bike up the road but thought it was a rock. he found it but it was so stripped it would just slide on the bolt. 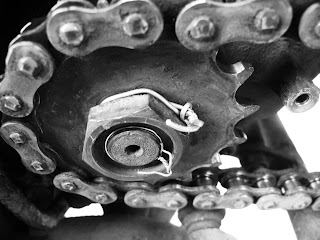 night was approaching and we salvaged some wire from mitchell's bike and the near by railway equipment. mitchell fixed my T up and we limped home. we stopped for gas in fort langley, i put my bike on its kickstand and the nut just fell off and we had to repeat the wiring job. We said a brief prayer to theXTgawds and txesus....i got home! 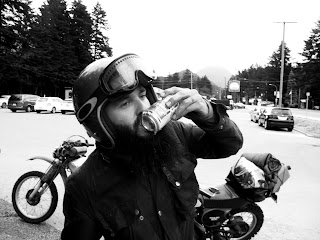 pots and pans put a box of beer on the back and the box ripped right away. he lost 6 beers and the team managed to shotgun all the damaged beers. 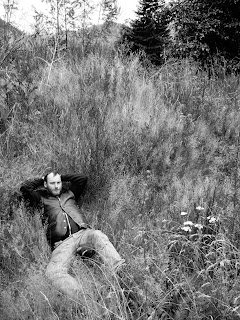 gathering my thoughts after my sprocket fell off 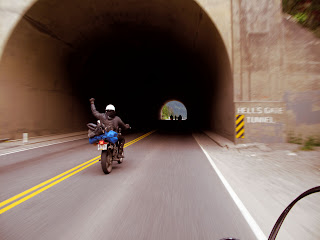 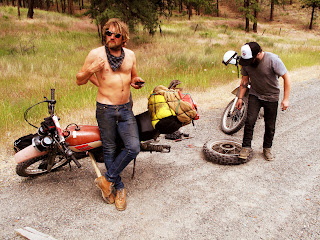 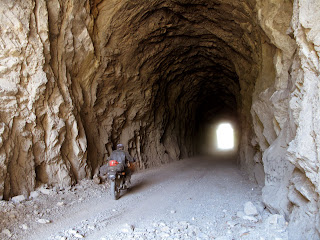 these unlit tunnels are so much harder to ride through then you would think. super disorienting 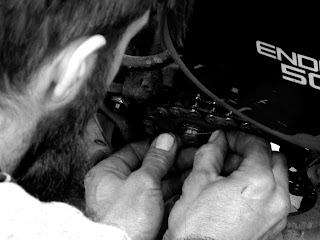 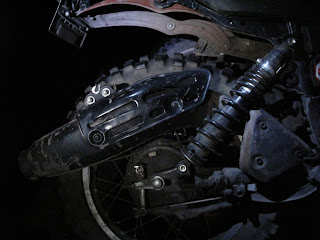 It was getting late and we had ridden for 14 hours and were an hour away from our destination for the night. Brock's muffler fell off and we fixed it in the blackest of night! 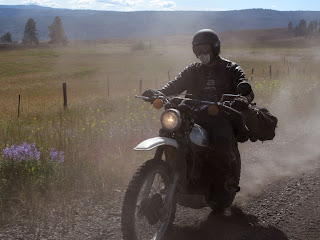 curt the flirt dodging dirt with corner store dust mask. better than breathing all that dust. 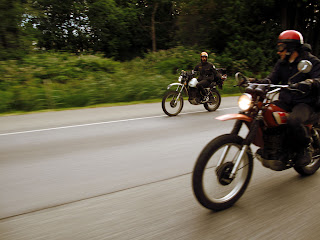 its funny how many conversations you can have at 110kmh 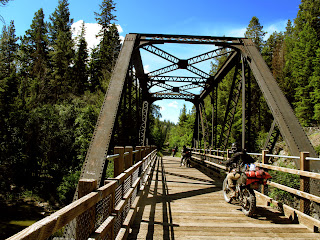